Since I moved to Connecticut from the west, life has not been the same. It has been remarkably unpleasant. Not only because of the frigid winter weather and snow storms, but also because of the ‘cool’ social climate.
When I arrived in Fairfield County after driving over 2,000 miles from Clark County, Nevada, I immediately noticed all the trees, hilly terrain, and relatively narrow roadways. I also marveled at the picturesque estates gracing the landscape of Greenwich, CT where I was to call home.

If there is one redeeming virtue of the northeast it must be the landscape. You see, although I came to Greenwich from Las Vegas, I spent nearly my entire life growing up and living in Southern California where I became accustomed to its year ‘round semi-tropical climate.

And although I was born in Connecticut, my parents decided to make the westward-ho trek when I was less than 2 years-old. I think my parents fell in love with the southern California sunshine, the orange groves, beaches, wide-open spaces, and the beautiful backdrop of the snow-capped San Bernardino mountain ranges.

I presume that they loved being imbued by the renaissance spirit of the west. The ‘newness’ of everything — from housing tracts to shopping centers. It was a grand adventure for them. I was too young to know the difference. My only reference to living in the northeast were baby pictures of me dressed in a snowsuit with my parents in a Hartford public park. I arrived in CT in late fall, well before I could marvel at seeing that fascinating white stuff called snow. Little did I know just how miserable it could make life when it came to shoveling and driving in it.
It wasn’t just the snow storms (called nor’easters) that I disliked. It was the people that were nearly as ‘cold' as the weather. Perhaps their demeanor is partially attributable to ‘seasonal stoicism i.e., they have over the centuries become adept at adapting and perhaps unwittingly ‘mirror’ their discomfort in their standoffish manner and expressions. Their exposure to ’the elements’ has ostensibly cultivated their distant ’New England style' of social interaction. A style that I have not grow accustomed to after living here for nearly a decade. People here seem to wear a perpetual ‘all-season’ grimace that is intensified in the winter. When I reflect upon my observations it becomes evident that winter weather alone cannot be blamed for the prevailing unfriendliness of New Englanders. I think they’re just unapologetically ‘weird.’ And their disposition is exacerbated by the remarkable socio-economic stratification that characterize upscale areas like Fairfield County, CT where I have been living.

This region is among the wealthiest in the United States. Towns such as Greenwich, Darien, Westport located along the shores of the Long Island Sound (referred to as the 'Gold Coast') and inland towns like New Canaan (where I attend church amidst the bucolic beauty of Grace Farms) are essentially suburban bedroom communities for CEOs, and the hedge fund, Wall Street, and wealth manager subset that commute via Metro North or ‘limo’ into ‘The City’ of New York, (Manhattan specifically) daily to replenish their satchels with freshly minted 'doubloons.' My picaresque allusion harkens back to my college days in Orange County, California where I worked at Disneyland and reflect on the indelible theme song of 'The Pirates of the Caribbean' attraction. Their exclusive enclaves afford them the pleasure of associating with their peers ensconced within the luxurious milieu of country, racket, and yacht clubs. To the perspicacious observer, like myself, the lifestyle of the rich and famous in this part of the world can be viewed as a scene from satirical comedy or cinéma vérité. I mean, it is amazingly (albeit hilariously) amusing to discern the conformity that is expressed by the fashion and manner of these well-heeled cognoscenti. I have never seen so many private prep/country day school, Vineyard Vines, SC Palmetto tree and resort destination decals displayed on cars in my life growing up in Orange County, CA. ‘The OC’ also has a sizable wealthy subset, yacht, hunt, racket, and country clubs, high-end fashion boutiques, resorts, and of exotic luxury automobiles galore and yet I have never seen the profusion of rolling billboards like here in  ‘hedge fund heaven’ CT, nor so much attire emblazoned with status labels.
And now, lets switch focus to a closer look at the east versus west coast cultures. Are we more likely to discover youthfulness and happiness where the sun rises or where it sets?
I am convinced that the likelihood of discovering all that may give us a palpable sense of regenerative zeitgeist is in the west. Since the dawn of civilization, the east has represented the traditions of the 'old world' while the west has inspired the spirit of trail-blazing adventure and discovery of the ‘new world.’ It is this spiritual renaissance that is responsible for cultivating the distinctive mindset and social mores that differentiate east coast versus west coast cultures. There is less conformity and constraint in the west. This translates to a more relaxed and casual manner of social interaction than that which is common in the east. In the east, its predominately ‘arm’s length’ whereas in the west it's ‘high five.’
I believe that we are all seeking to find ‘happiness.’ Even Walt Disney tried to create his vision of ’The Happiest Place On Earth’ — Disneyland. Of course, his decision to locate his ‘Magic Kingdom’ wasn’t entirely predicated on the availability of buildable land, namely a former orange grove adjacent to a freeway. Southern California was Disney’s domain. 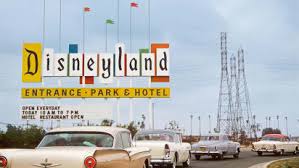 He located his motion picture studios in Burbank not far from Warner Brothers and Hollywood. In fact, the original  ‘Hollywoodland’ sign was erected in 1923 to advertise a real estate development.


Southern California represented a new beginning for throngs of people desiring a glorious climate and plenty of room to stretch not only one’s elbows, but also one’s budget and imagination. Since the days of the 49ers ‘Gold Rush’ to the present it represented an opportunity to break with many of the constraints of anachronistic traditions. New arrivals sensed their new found freedom to be themselves and to create a new reality where they could find greater happiness. Their ‘new world’ was not constrained by regressive conservatism. It was, instead, fueled by progressive exuberance and creativity. Laissez-faire was in the air everywhere!
Despite the allure of desirable weather, it would be erroneous to conclude that Southern California weather was (or is) the sole determinant of happiness. In fact, happiness is most prevalent in colder climates with plenty of snow! Scandinavian countries, in particular, have the highest ‘happiness quotient.’ Check out this article:

Why People In Finland Are So Much Happier Than Americans

Living amongst the uptight, status-conscious poseurs of Fairfield County is not, and will never be, my cup of tea or upscale Illy cafe. Haha
It’s like a scene from a surreal Fellini flick and in many ways a rather tragic comedy of social errors.
Stay tuned for my next ‘mellow-dramatic’ episode of ‘The Sun (also) Rises In The East And Sets In The West — Culture Clash Or Paradise Lost And Found’

Popular posts from this blog

Doug Jones - Your Friend in Fitness!! 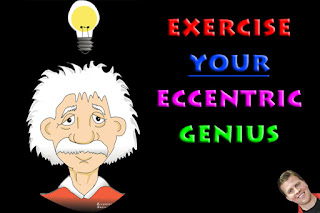 Click the link to Download Doug's Bio & Background (then open the downloaded file to view) Please scroll down to access the FREE FITNESS INFO at the bottom of this page. I have learned that regardless of east coast or west, faux friends and 'mannequin' acquaintances abound. And making a real friend living in the fast pace of Fairfield County, Connecticut isn't always easy.  I'm happy to make your acquaintance to a true friend of mine... Doug Jones. As a veritable eccentric genius, Doug lives life creatively, thoughtfully, and unconventionally, with an off-center and ingenious approach to just about everything he does, including the fostering of friendships or the building of businesses. As a preeminent exercise physiologist, Doug has launched into an enviable orbit in the fitness universe by innovating a unique and unprecedented methodology which achieve remarkable results in no time! All right, all right... “In no ti
Read more

Get Ready For The Renaissance of YOU and everyone else

Why Do We Shop? Of course, the simple answer is to buy things we need and/or to see stuff we desire. We also shop for connectivity. No, not IT connectivity, but rather our fundamental desire to connect with other human beings. In a word we seek opportunities to socialize. Since ancient times mankind has sought gathering places. Bazaars and souqs dating back at least 3,000 years evolved into larger scale, often mixed-use office and retail developments referred to as CBDs — Central Business Districts. Walt Disney’s childhood memories of growing up in Marceline, Missouri inspired him to create a core area in his original ‘Happiest Place On Earth’ theme park — Disneyland that celebrated and emulated small town America of a bygone era.  Since its creation in 1956 visitors continue to enjoy this nostalgic tribute known as ‘Main Street USA.’ What made small town America so attractive? In a  couple  of words — ‘human-scale’ and coalescence; in contemporary idiom — ‘user friendly.’ Peo
Read more